Space atmosphere – sounds of the planets

During their flight, the probes have studied all surrounding planets, made lots of investigations and took thousands of photos.
Now let `s talk about our atmosphere and sounds of planets. 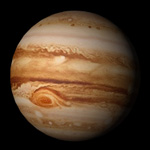 Jupiter is the biggest planet in the Solar system, the pink giant. Its diameter is 11.2 times more than the Earth`s one.

Jupiter consists of helium and hydrogen. The pressure and temperature in the depths of Jupiter are enormous; its winds can reach 600 km per hour; its magnetic field is thousands times more powerful than the Earth`s.

When you look at the night sky, this planet is the third brightest visible sky object. Venus and the Moon are brighter than Jupiter; they are the brightest in the Solar system.

Jupiter has 63 satellites and some people believe that one of them, Europa, may hide extraterrestrial life under its huge layers of ice. 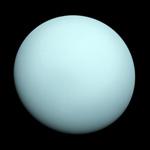 Uranus is the coldest planet in the Solar system, the ice giant.

The temperature on its surface can reach 224 degrees Celsius. The speed of winds on Uranus reaches 250 meters per second (900 km per hour) but despite all that, the atmosphere on this planet is considered the calmest.

When Voyager 2 approached Uranus, it noticed only ten stripes of clouds in the visible part of this planet. By the way, this probe is the first and only space ship that visited Uranus. 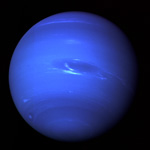 Neptune is the eighth and most remote planet of the Solar system.

The mass of Neptune is 17.2 times more than the Earth`s; its diameter is 3.9 times bigger than our planet`s one. Winds, strongest in the Solar system, rage in its atmosphere. According to some estimates, their speeds may reach 2100 km per hour.

A year on Neptune lasts for 164 Earth`s years.

Settings of the space sounds

Enjoy the sounds of planets!